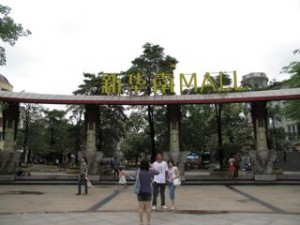 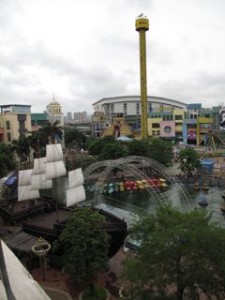 Since the economy in China is growing so quickly and vastly a new attitude has been introduced to the Chinese culture, “The Bigger the Better”, which kind of resembles another countries ideals a while back. Just behind Dubai it has the tallest building in the world, Shanghai boasts the worlds largest skate park and Hong Kong the largest Buddha, you get the picture.
And what do Chinese people like to do more than anything? Go shopping! So, why not build the worlds largest mall in the world. Although technically not the largest by size (that is in Dubai), Dongguan has the largest mall in the world by available lease space available.
Dongguan is a major factory city located in Guangdong province in Southern China and lies in between Guangzhou and Shenzhen on the train line. In 2005 a very rich noodle owning business man decided to build the worlds largest mall even though there was actually no demand for it. It was kind of one of those “If you build it, they will come” scenarios. 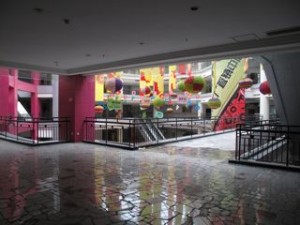 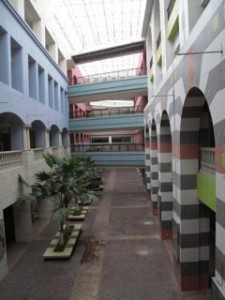 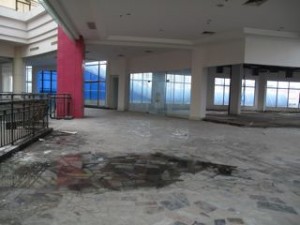 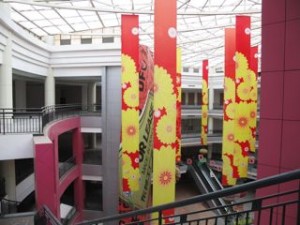 So the mall was built, 650,000m squared floor area with a total of 2350 unoccupied spaces. To this day, over 90% of the stores have yet to be leased leaving the mall a gigantic, empty, decrepit area which can only make one think of Zombie’s. 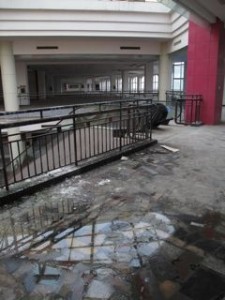 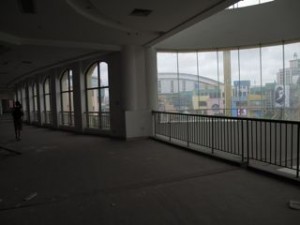 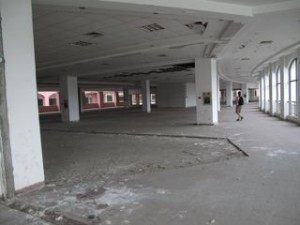 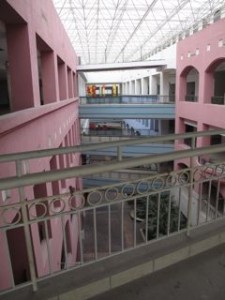 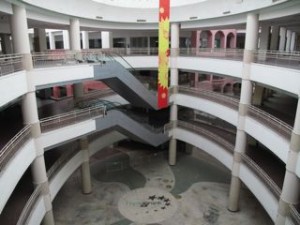 When one enters the mall it seems to be a lively place, although that is just a facade from the large crowds that seem to hover within all MacDonald’s and KFC restaurants. In the center of the plaza also lies an amusemnet park. The amusement park contains a roller coaster which sweeps within the mall, bumper cars, drop zone and various other rides which surround a body of water containing a pirate ship. 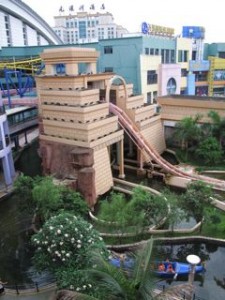 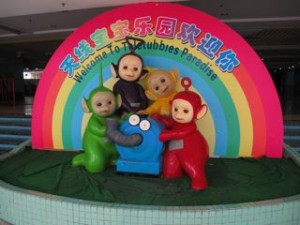 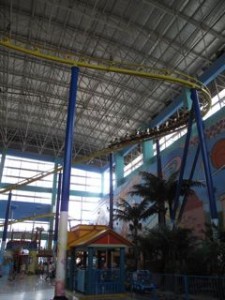 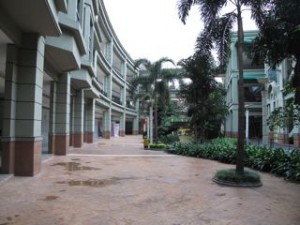 But just beyond this mirage of crowds lies an empty deserted rotting mall with floors and floors of dust and mystery. Escalators have come undone at the seams, inches of dust cover old decorations, plants have taken the place of civilization and commercialism and the drop of a pin can be heard for miles within the recreation of the canals of Venice and Egypt. 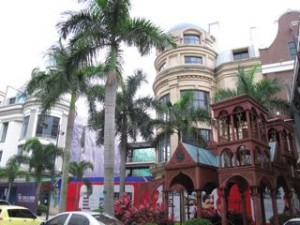 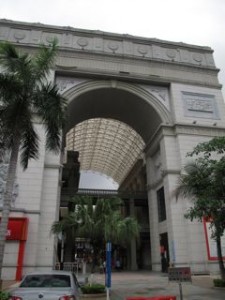 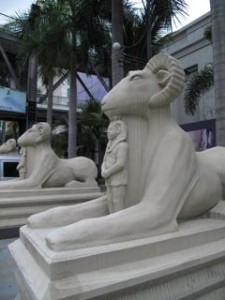 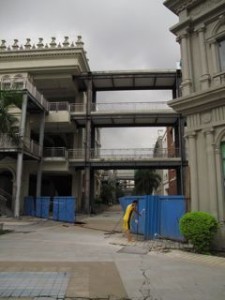 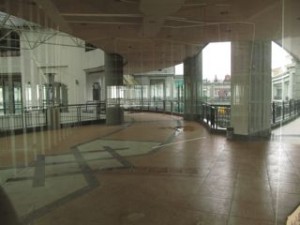 Throughout the day I definitely felt a chill at the back of my neck from watching too many zombie movies. The pure silence alone in China is enough to make anyone get the creeps just because of the pure rarity of it. The whole day I couldn’t help but imagine   the patrons of the mall turning to brain eaters and storming the stairs after me at mass speed. 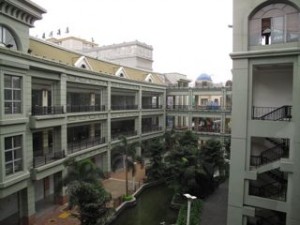 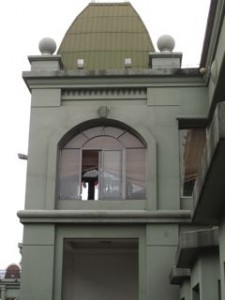 In the back part of the mall lies recreations of various parts of the world. One can float down the canals of Venice, storm the streets of Paris and walk through the Arc de Triomphe, visit Egypt, Amsterdam and even California. The best part? You can visit these parts of the world completely aloe and free from other tourists. 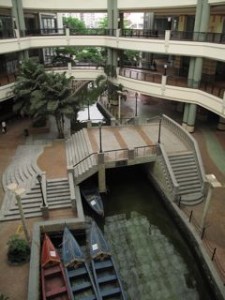 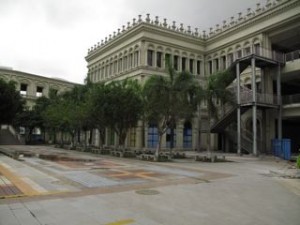 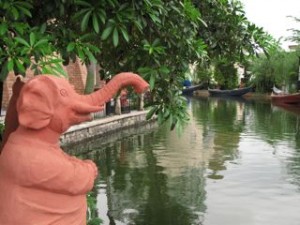 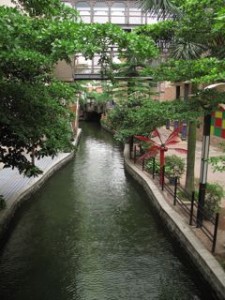 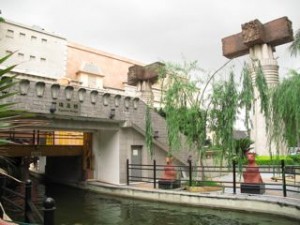 Just make sure if you would like to visit this deserted ghosts town perfect for the set of a zombie movie you take the train to Shilang and not Dongguan or you will end up like us with a 300RMB taxi ride tab. OOOpppsss. I said I was never going to tell anyone about that.