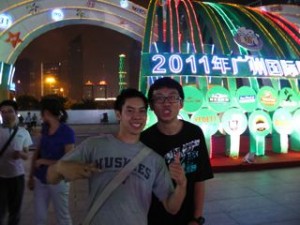 Although sometimes it feels like China is not a drinking culture, it is far from the truth. When people drink, they drink. To prove this, Guangzhou hosted an International Beer Festival at the Tianhe sports complex. 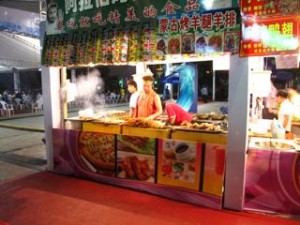 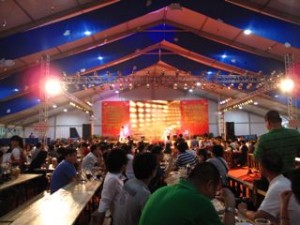 One of the many beer tents 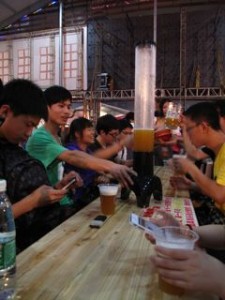 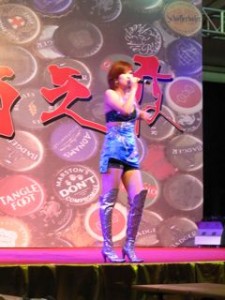 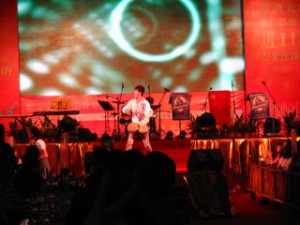 They did of course mimic everything from the traditional German Octoberfest, but hey, may as well copy the best. The resemblance was rather close, although smaller and not containing any amusement park rides like Munich. The festival contained about 8 tents and each tent hosted different beers and different forms of entertainment. The beers were mostly Chinese, American, German and Belgian. The entertainment ranged from decent to down right awful and the food assortment was awesome. Any chinese street food you could dream of and even an assortment of various German dishes, including the no fail giant pretzel. 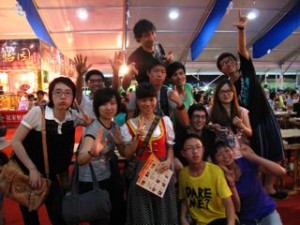 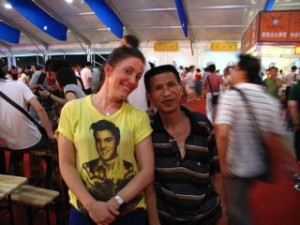 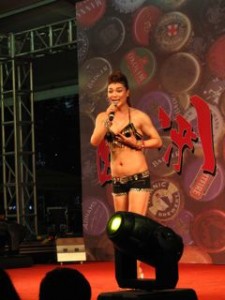 Who says men can't be sexy!

Toward the end of the night we ended up in the Harbin tent where we met a group of gentlemen having the time of their lives. They bought us beers, invited us to their table and even cheered me on as I attempted to join a beer chugging contest against 5 chinese ladies, of course, those women can drink.
Add a downpour of serious tropical rain and a puddle of one feet in height, it was one hell of a wet and wonderful night. 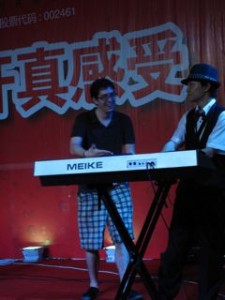 Kyle playing with the band 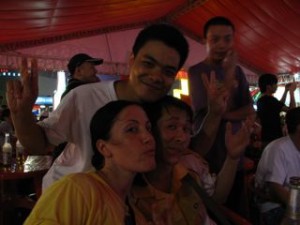 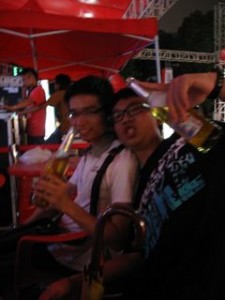 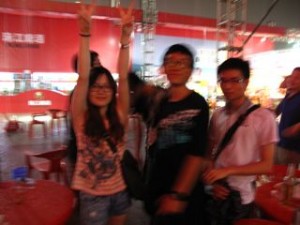 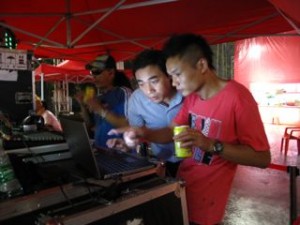 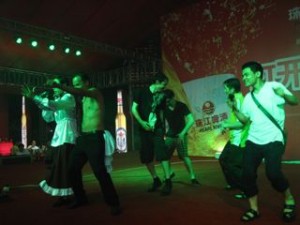 I think this is where Peter lost his mind 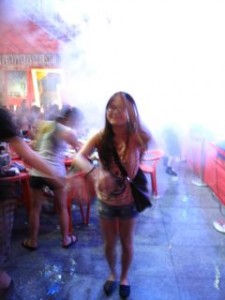